Press enter to begin your search

When I first had this dish somewhere in a small restaurant in Amsterdam I realized I had to make this at home. It’s the perfect Sunday evening snack en the salmon makes it feel just a bit healthier than ordering kebab. I just love a big roll of kebab every now and than, but it’s nice to vary with this dish. It also makes a delicious snack by adding a bit of salad to it so don’t hesitate to make this when you have guest coming over!

Preheat your oven to 220 degrees Celsius. Place the flour, yeast and salt together into a bowl, slowly add water and mix the batter with your hands into a nice ball. Take the ball out of the bowl and knead it for 10 minutes. That is a long time, you’re right. Certainly this is not the most fun thing to do in de world, but you just have to stick it out because it makes the flavor a lot better and above all its just necessary. Once kneaded into a nice smooth ball, put it back into the bowl and place a towel over it. Let it rest for at least one hour. After one hour, take a piece of baking paper to place the ball on top. Now roll with a rolling pin until you have created a super-thin large rectangle. It should be no more than 0,5 cm thick, almost as if you think it’s too thin. Cut the rectangle into smaller pieces, as big as you would like the portions to be. I usually cut pieces of 10×10 cm. Do not separate the pieces, just make soft cuts. Place baking paper on an open baking tray in the middle of the oven and bake the flammkuchen in +- 12 minutes until nicely brown and crispy (if you think it’s finished before that you can take it out of the oven of course). While the flammkuchen is in the oven start mixing the wasabi with 3 tablespoons of mayonnaise. Add one tablespoon of olive oil and some salt and pepper. Stir and add another 2 tablespoons of water to make the texture a bit thinner so it’s easier to spread later on.

When the flammkuchen is ready grab the loose pieces of the baking tray and place them on a beautiful serving plate. Spread some crème fraîche on each piece and place a delicious piece of salmon on top. Add some seaweed and a drizzle of your very tasty wasabi mayonnaise. Add some more salt and pepper as you like and some olive oil if desired. Bon apetit! 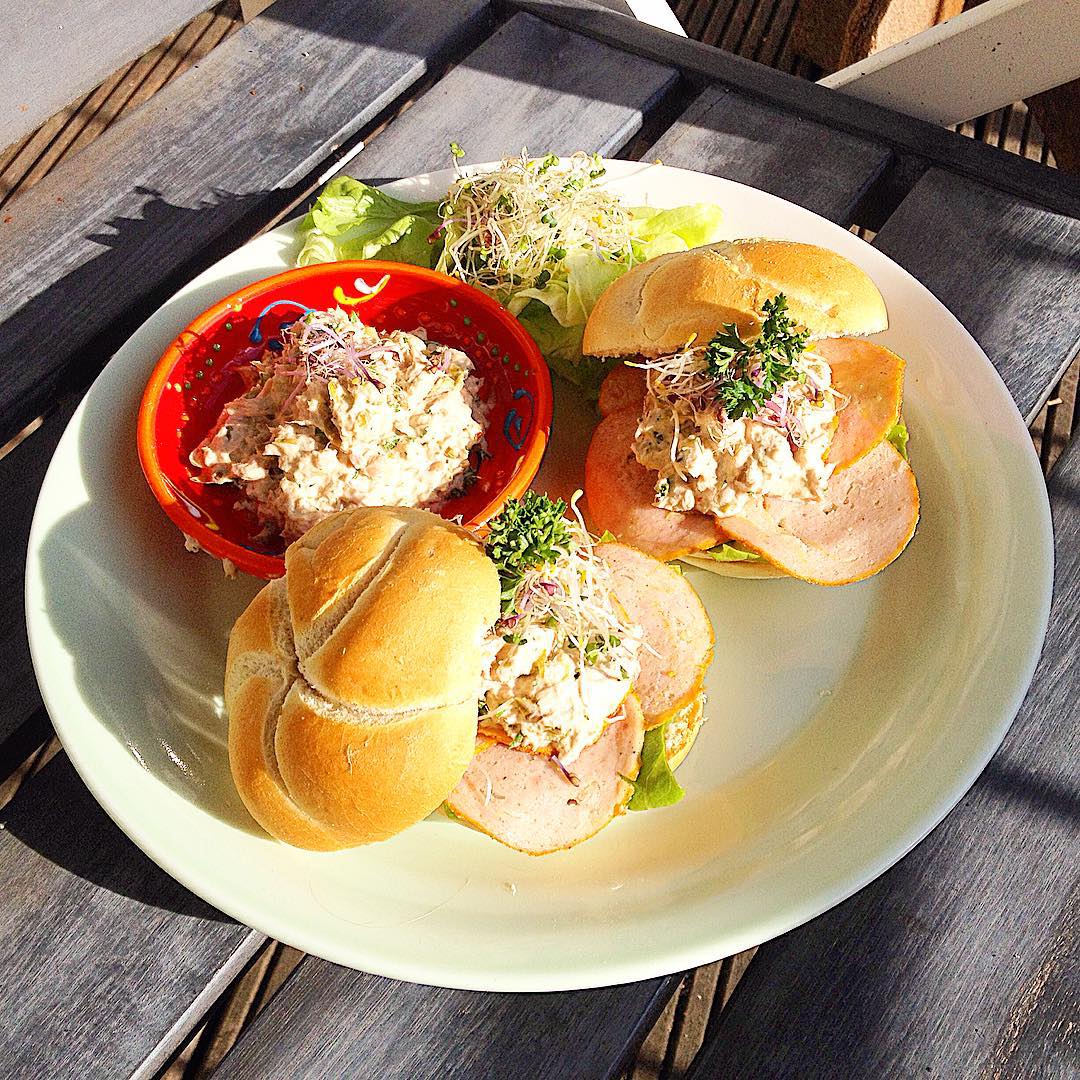